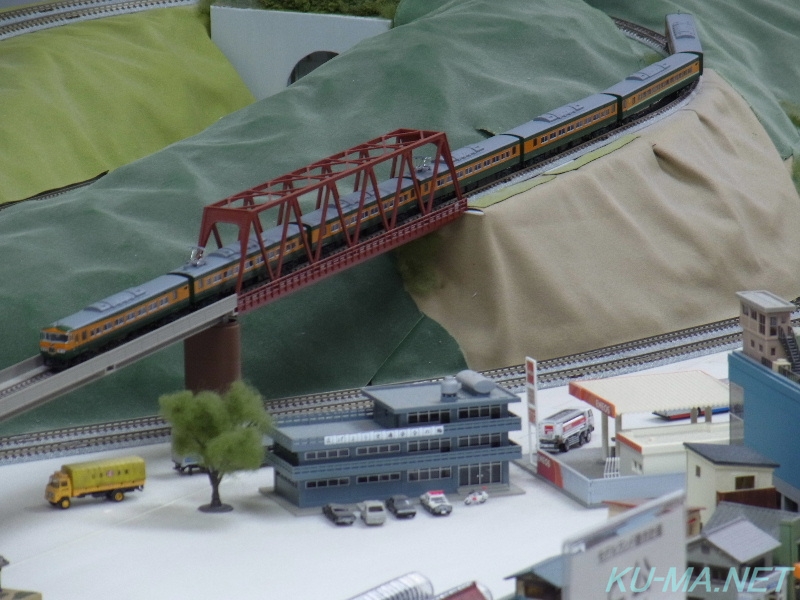 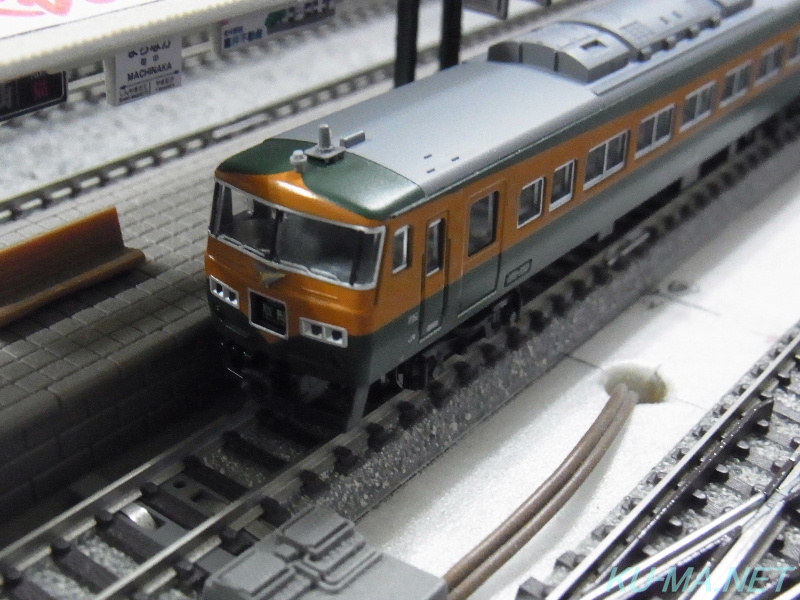 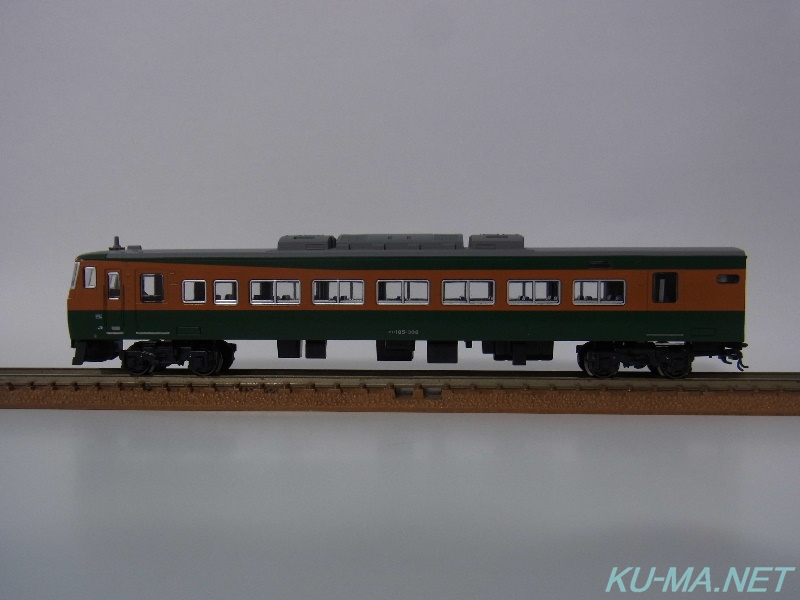 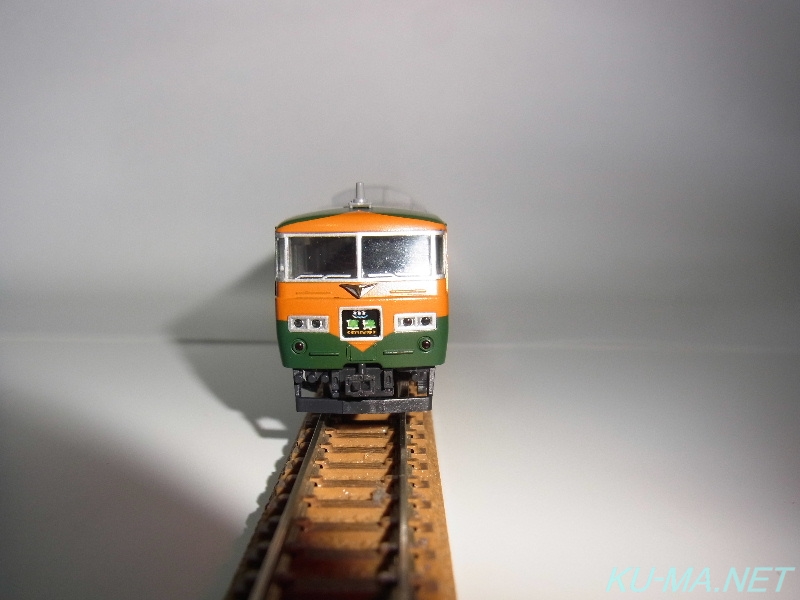 For example, although it is head car KUHA185, compared with the following photos of actual wagon... 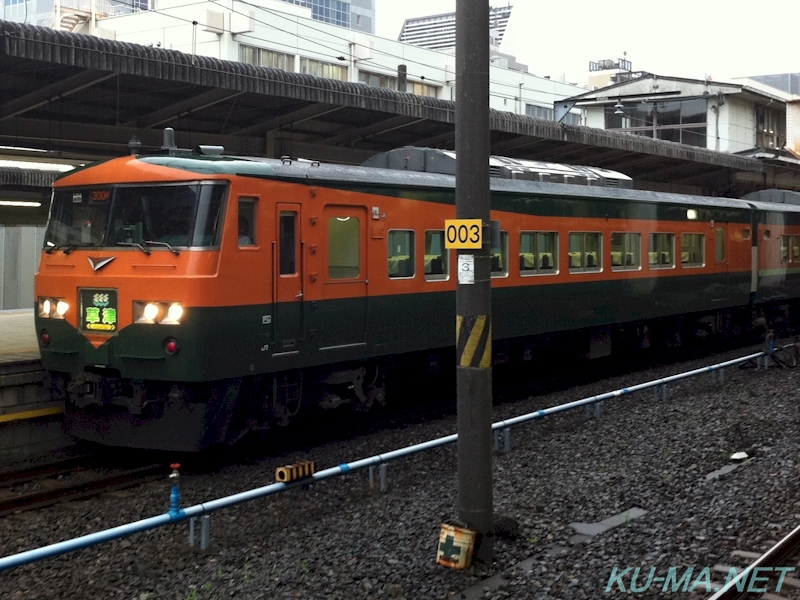 Series 185 front window is a silver frame in the model, but the actual car's frame is a black frame.
So I tried to color insertion to model KUHA185 window. 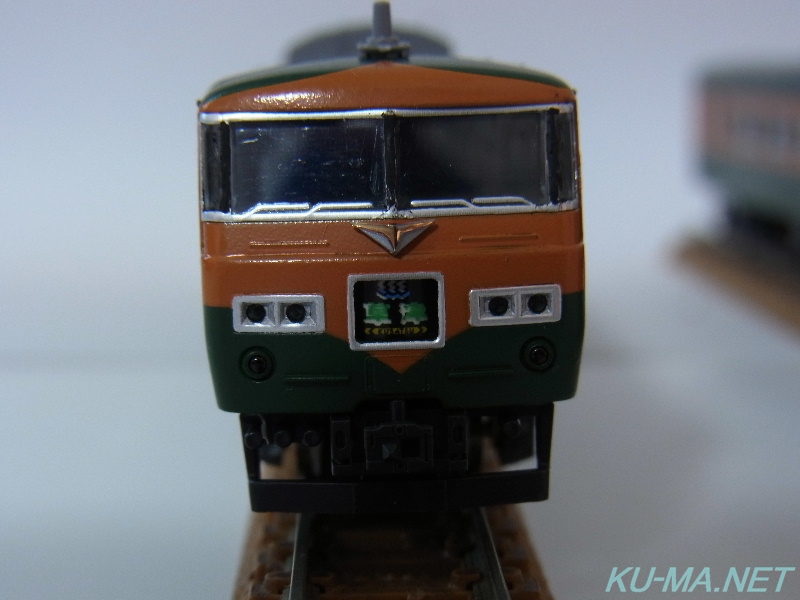 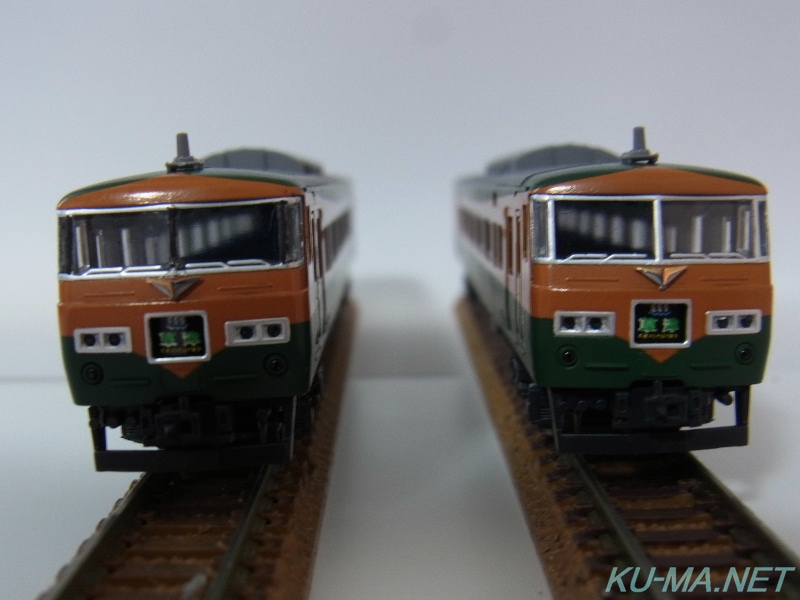 The pictures of KUHA 185, the left side is after color insertion,and the right side is before color. The after type is good feeling color. 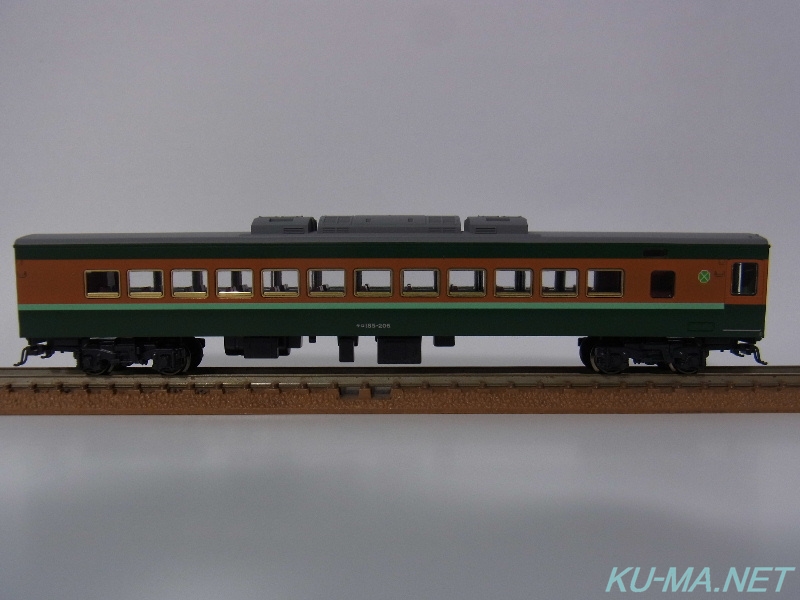 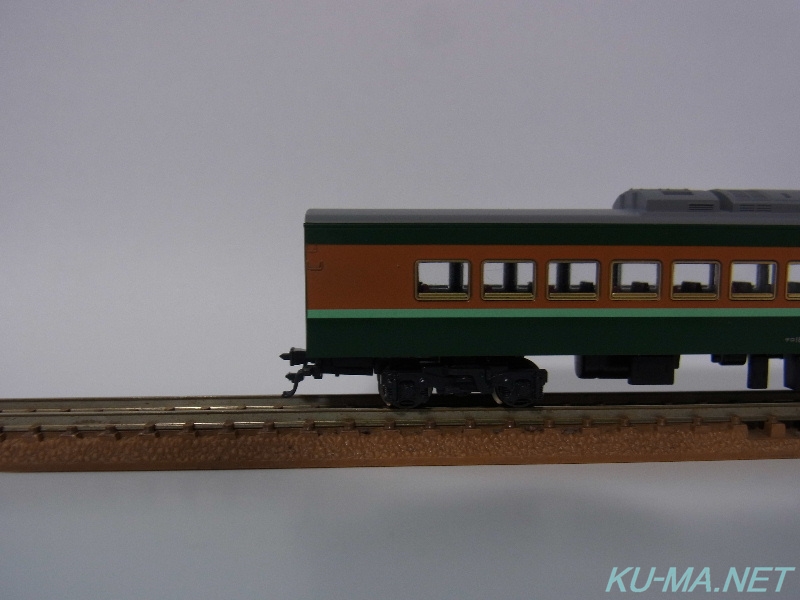 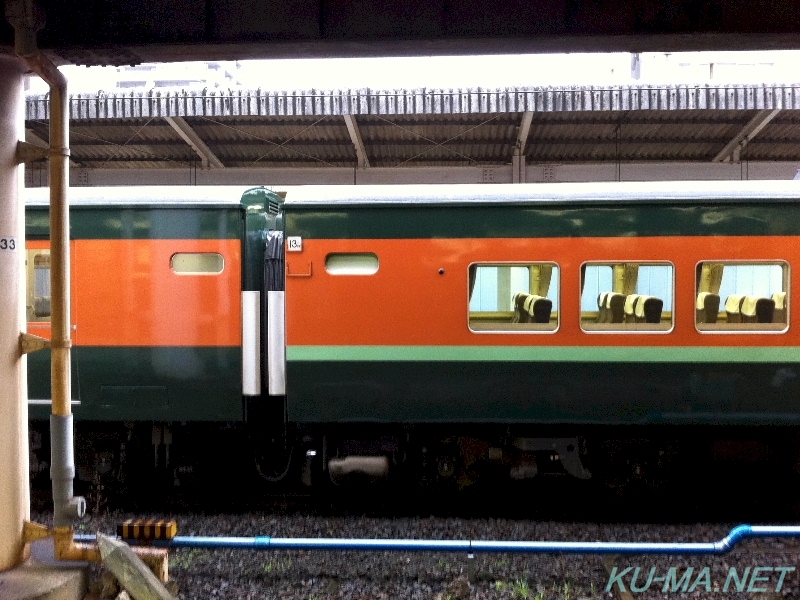 When I looked it up, the 185-200 series which was released before was already an error.
I think the quality that was allowed for over 20 years ago.